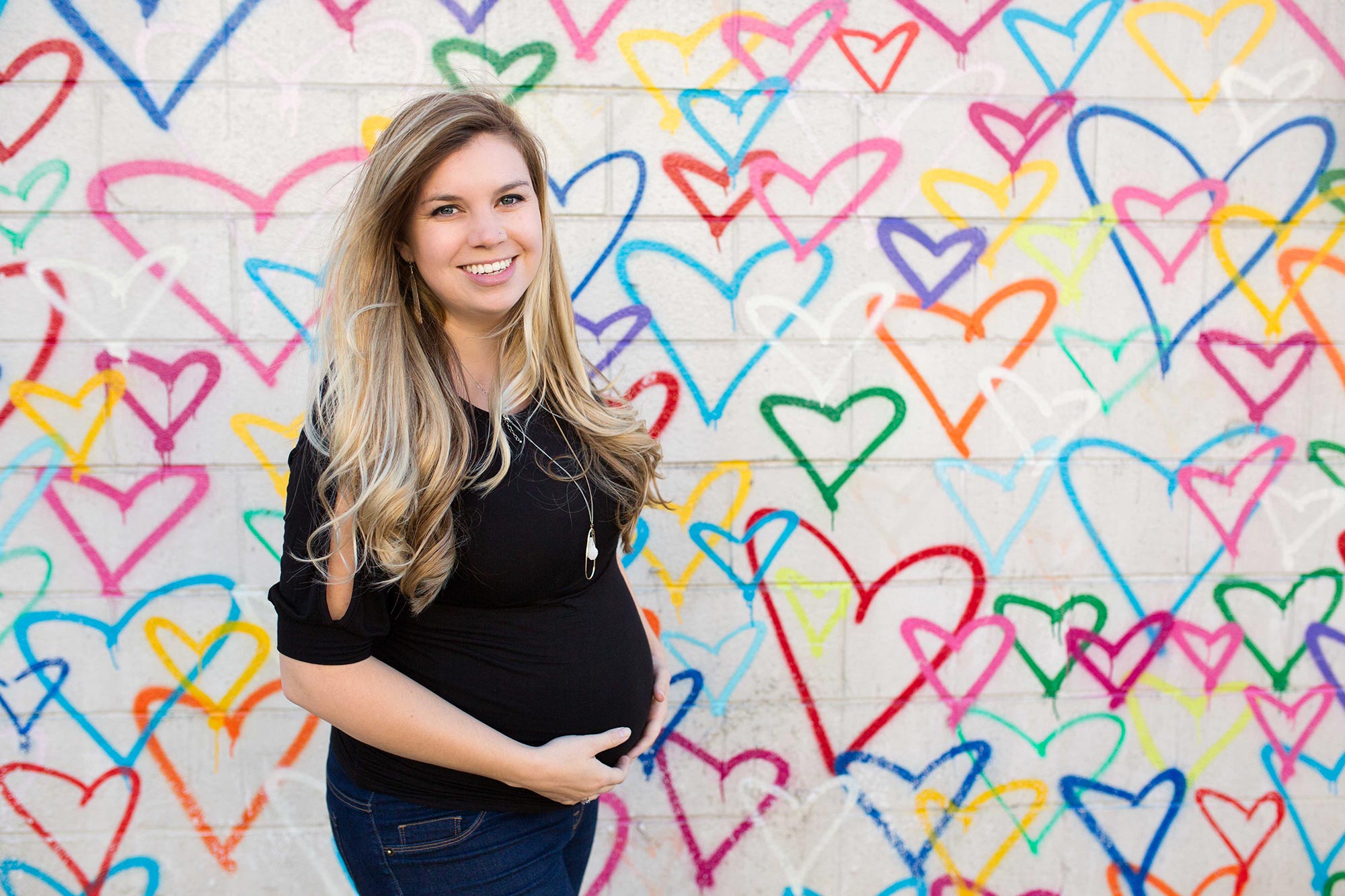 We are having a baby! I thought since I started third trimester this past week, I should really update this blog and let you all know that I am pregnant! The photo above was taken yesterday and I am currently 28 weeks along.  I announced it on social media back in June, but for anyone who missed that: we are due on New Years Eve (though we are measuring more like December 27th) and we could not be more excited. Oh, and did I also mention that it’s a BOY?!?

In so many ways pregnancy has been exactly what I thought it would be and in so many others it’s nothing like I thought it would be – I know, that doesn’t make sense. The feelings, symptoms, and physical changes are just so hard to describe or explain to someone else and that makes it impossible to prepare or fully understand what it means to be pregnant until you are in it. Having a little human growing inside you is completely surreal and also very uncomfortable, but through all the awkward and unpleasant parts, it still feels like a miracle.

Even though I have had six ultrasounds and can feel baby boy moving around pretty much all day long, it’s still hard to for my mind to comprehend that there is a baby in there – and he is coming out in three months (ish)! I thought I would give a little overview of these past six months on the blog to look back on someday: Finding Out We were Pregnant:

I’d convinced myself that I was not pregnant for various reasons and was so convinced, in fact, that I booked plane tickets to Orlando for family Christmas on that Friday morning. Over the following weekend days I continued to believe that I was not pregnant, largely because I was not experiencing any of the symptoms that I associated with pregnancy (nausea, sore breasts, etc). However, I was noticing that I felt incredibly grumpy – everything, I mean everything, people were doing made me mad (sorry, Dave) – and then on Sunday I had a hot flash – something I had never experienced before. On Monday, I was still in denial, but started to wonder about the slight possibility of pregnancy. By Monday night, I had decided to take a test when I woke up in the morning – just in case. I woke up early on Tuesday, April 26th and immediately took a test. I couldn’t believe how quickly the pink lines showed up! Then I started laughing out loud and took two more tests. I woke Dave up while laughing so he wasn’t quite sure if I was kidding, but he quickly realized I was serious. We spent the rest of the morning in disbelief, soaking in the news, and laughing when we realized our due date would be New Years Eve! Honestly, we were terrified, but also so excited! We canceled our Christmas airplane tickets and started making plans for baby!

Honestly, I feel pretty lucky when it comes to first trimester symptoms. I had about eight days of terrible nausea that I combated by wearing Sea-bands

(they actually seemed to work for me – if it was a placebo effect I do not even care) and eating a lot of crackers. After those eight days the nausea subsided and I made it through the whole first trimester without any vomiting! The rest of first trimester I dealt with exhaustion and immoderate use of products like Balance Activ, but in the grand scheme of things, my symptoms were not too bad!

I always felt tired during first trimester. I probably could have fallen asleep anywhere and at any time!

The biggest thing I was looking forward to during first trimester was it being over! There is so much uncertainty during those first fragile weeks and I just wanted baby to keep growing. I was also really looking forward to finding out the gender!

I did not feel any movement during first trimester!

Belly Button In Or Out?

In! I started ‘showing’ around 11 weeks – it wasn’t enough that everyone would have noticed, but I definitely did! My belly really ‘popped’ out at about 13 weeks. The photo below was taken when I was 14 weeks.

As soon as second trimester started I felt my energy come back. My stomach was at the ‘cute’ stage and I really enjoyed those three months of pregnancy. We found out we were having a BOY during a 16 week elective ultrasound that we scheduled while vacationing in Michigan with my family. My whole family was in the room when they announced the gender and it was such a fun moment together. I also started having some round ligament pain and a few Braxton-Hicks contractions during second trimester!

I had a lot more energy during second trimester, but I started waking up in the middle of the night to use the restroom, or for no reason at all. Apparently I can look forward to this being an even more frequent thing in the coming months.

Meeting Baby! It feels like such a tease when he is squirming around inside me, I just want to take him out and hold him. I am also looking forward to getting his nursery done, our baby shower next month, and the holiday season!

ALL  the time! I felt the baby kick for the first time during week 18 while lying in my bed reading – it was such a surreal moment! I can tell he is getting stronger by the day and the kicks have turned into jumps/gymnastics routines.

Belly Button In Or Out?

While we were in Michigan over the summer my mom threw a beautiful joint baby shower for me and my sister (she is also pregnant and due any day!). It was so wonderful to gather with family and old friends in this beautiful, ivy-covered court yard. Isn’t it gorgeous? We feel so overwhelmed by the love and support we have received from family and friends as we prepare for our baby boy! Well, with all of these fall temperatures and the commencement of third trimester, it’s all starting to feel more real! Baby is coming soon and we cannot wait to meet him!

6 thoughts on “We Are Having a Baby!”